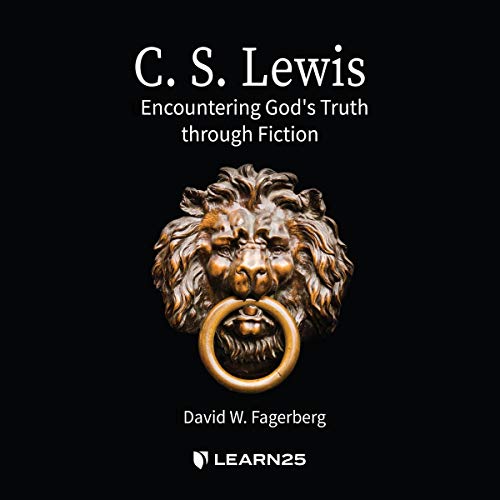 This course is a remarkable exploration of the most popular Christian writer of the 20th century.

An atheist for the beginning of his adulthood, C.S. Lewis later converted to Christianity, largely due to the influence of Catholic writers J. R. R. Tolkien and G. K. Chesterton. He then went on to become one of the most powerful Christian writers of his time, penning such quintessential apologetic works as Mere Christianity. Today, he is cherished by Christians and non-Christians throughout the world.

In this 15-lecture audio course, you will explore Lewis’ fiction, discovering many of his most beloved works anew by examining them through a theological lens. By looking at such themes as the central doctrines of creation, the fall, the vices and the virtues, asceticism, and deification, you will come to a deeper understanding of Lewis' fiction. In particular, Lewis’ gift for poetic images and dramatic narrative lent itself to powerful expressions of transfiguration in his novels.

First, you will begin with an explanation of these themes, discovering how they are illustrated in such works as The Screwtape Letters, Pilgrim's Regress, and The Space Trilogy. Later, you will dive into Lewis’ most popular novels, the Chronicles of Narnia series.

It's a series of lectures - apparently from the class Fagerberg teaches on Lewis at Notre Dame. The content is similar to Fagerberg's book on Lewis, but greatly expanded. Fagerberg knows Lewis well, all of his works, and draws quotations and insights together very deftly. Illuminating and inspiring.