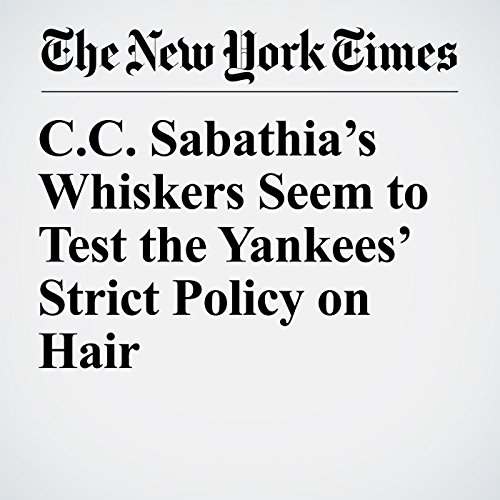 When the New York Yankees’ C.C. Sabathia took the mound Tuesday for his spring training debut against the Tampa Bay Rays, he did so with an air of defiance that was plain to see. In fact, it was all over his face.

"C.C. Sabathia’s Whiskers Seem to Test the Yankees’ Strict Policy on Hair" is from the March 07, 2017 Sports section of The New York Times. It was written by Billy Witz and narrated by Keith Sellon-Wright.