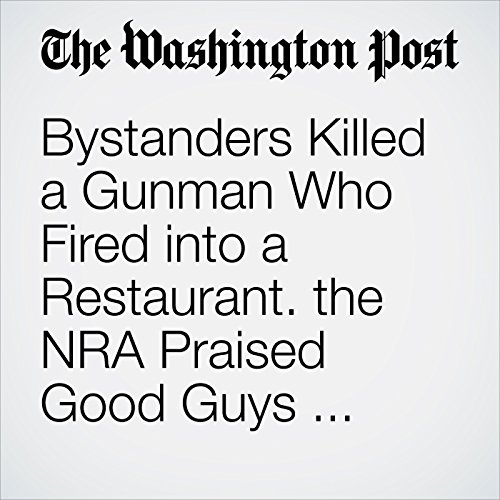 A man who believed he had been under demonic attacks drove to an Oklahoma restaurant and indiscriminately fired at a crowd, injuring three people, authorities say.

"Bystanders Killed a Gunman Who Fired into a Restaurant. the NRA Praised Good Guys with Guns." is from the May 26, 2018 National section of The Washington Post. It was written by Kristine Phillips and narrated by Sam Scholl.