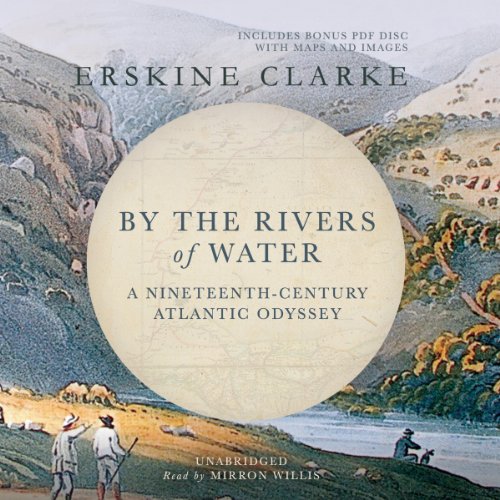 By the Rivers of Water

In early November 1834, an aristocratic young couple from Savannah and South Carolina sailed from New York and began a seventeen-year odyssey in West Africa. Leighton and Jane Wilson sailed along what was for them an exotic coastline, visited cities and villages, and sometimes ventured up great rivers and followed ancient paths. Along the way they encountered not only many diverse landscapes, peoples, and cultures but also many individuals on their own odysseys - including Paul Sansay, a former slave from Savannah; Mworeh Mah, a brilliant Grebo leader, and his beautiful daughter, Mary Clealand; and the wise and humorous Toko in Gabon. Leighton and Jane Wilson had freed their inherited slaves and were to become the most influential American missionaries in West Africa during the first half of the nineteenth century. While Jane established schools, Leighton fought the international slave trade and the imperialism of colonization. He translated portions of the Bible into Grebo and Mpongwe and thereby helped tolay the foundation for the emergence of an indigenous African Christianity.

The Wilsons returned to New York because of ill health, but their odyssey was not over. Living in the booming American metropolis, the Wilsons welcomed into their handsome home visitors from around the world as they worked for the rapidly expanding Protestant mission movement. As the Civil War approached, however, they heard the siren voice of their Southern homeland calling from deep within their memories. They sought to resist its seductions, but the call became more insistent and, finally, irresistible. In spite of their years of fighting slavery, they gave themselves to a history and a people committed to maintaining slavery and its deep oppression - both an act of deep love for a place and people and the desertion of a moral vision.

A sweeping transatlantic story of good intentions and bitter consequences, By the Rivers of Water reveals two distant worlds linked by deep faiths.

Cosa pensano gli ascoltatori di By the Rivers of Water

This is a book about slavery. Erskine Clarke’s engrossing, elegantly written history of the Wilson Odyssey involves much more than the 17 years they spent in malarial stations of Cape Palrnas, on the southeast coast of Liberia and at Boraka, a onetime slave barrack near Libreville in Gabon. It tells of human nature and the power that cultures and environments have upon it. The book opens with the history of the slaves of the Bayard and Wilson families then goes into the story of John Leighton Wilson, son of a prosperous cotton farmer in the Cypress Swamps of Black river, South Carolina and of Wilson’s wife Jane Bayard, daughter of a cotton and rice plantation family of Savannah, Georgia. In 1831 they left the United States and began missionary service among the Grebo and Mpongwe peoples of West Africa. They had freed their slaves and took with them the Grebo’s that wish to return to Africa. Some stayed at the Black River plantation and the ones in Savannah moved to find work. The book then tells the history of the formation of Liberia by the American former slaves. The Wilson’s would reshape their thinking about human freedom in their years in Africa. They had to deal with their own “missionary hubris,” cultural imperialism, tribal fetishes, incessant warfare among the native people, diseases and interference from mission authorities at home. They return home at the beginning of the Civil war with all its turmoil. I found the epilogue fascinating, as Clarke tells about the offspring of the original people in the story. One I found most interesting was Joe Robinson a slave at the Black River plantation, he chose to stay and work at the plantation when he was given his freedom and later he moved into town and was active with the black church in the town. His children all moved away were educated and had children. Clarke tells of Joe’s great, great granddaughter who was educated at Yale and Harvard coming to speak at the Church and visit his grave. She was Michele Obama. Clarke is the Bancroft Prize winner, the most prestigious of the history awards, in 2006. Mirron Willis did a good job narrating the book.

Where does By the Rivers of Water rank among all the audiobooks you’ve listened to so far?

I listened to this book twice back to back: but it was the story rather than the narration that held me. I think it was the most interesting and thought provoking book I read in 2014.

What was one of the most memorable moments of By the Rivers of Water?

The whole book was memorable-every page was a learning experience for me.

I wasn't crazy about his performance to begin with but it grew on me.

The missionaries' move to Gabon introduced me to a period of West African history of which I was completely unaware.

I would recommend this book to anyone who has an interest in the history of Protestant missions, of slavery in the American South, or of the colonial history of West Africa.