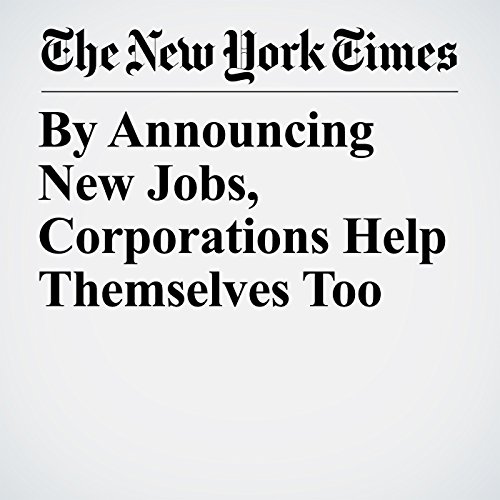 A series of blue-chip companies, among them Ford, Lockheed Martin, Amazon and Sprint, have all announced plans in recent weeks to hire and invest in the United States. A who’s who of executives from boardrooms here and overseas have made the pilgrimage to Trump Tower and sought the president-elect’s blessing.

"By Announcing New Jobs, Corporations Help Themselves Too" is from the January 17, 2017 Business section of The New York Times. It was written by Nelson D. Schwartz and Bill Vlasic and narrated by Keith Sellon-Wright.