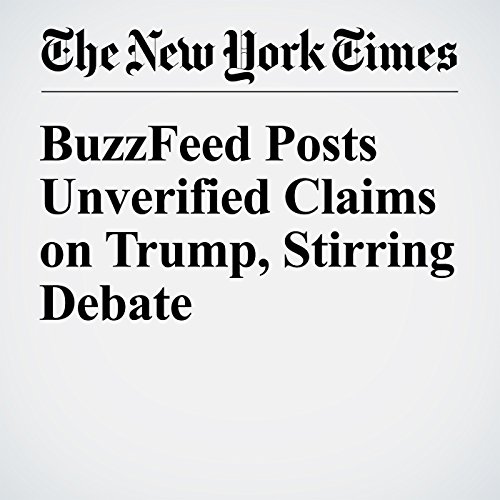 BuzzFeed News became the center of a swirling debate over journalistic ethics Tuesday after its decision to publish a 35-page document carrying explosive, but unverified, allegations about ties between the Russian government and President-elect Donald Trump.

"BuzzFeed Posts Unverified Claims on Trump, Stirring Debate" is from the January 10, 2017 U.S. section of The New York Times. It was written by Sydney Ember and Michael M. Grynbaum and narrated by Caroline Miller.