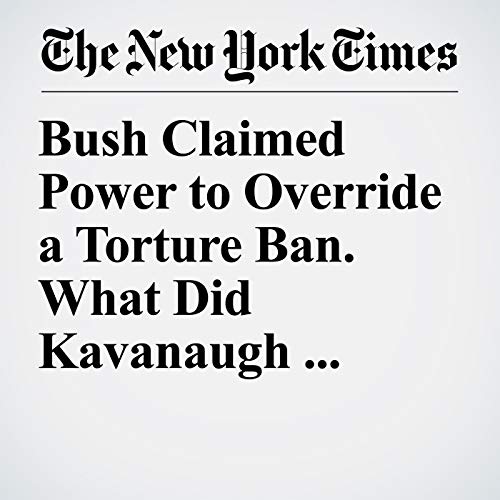 When Brett Kavanaugh came before the Judiciary Committee in May 2006 for his nomination to be an appeals court judge, senators pressed him on his role in President George W. Bush’s use of signing statements to claim the power to bypass new laws — like a much-disputed assertion the previous December that he could override a ban on torture.

"Bush Claimed Power to Override a Torture Ban. What Did Kavanaugh Think About That? " is from the July 29, 2018 U.S. section of The New York Times. It was written by Charlie Savage and narrated by Kristi Burns.

Cosa pensano gli ascoltatori di Bush Claimed Power to Override a Torture Ban. What Did Kavanaugh Think About That?