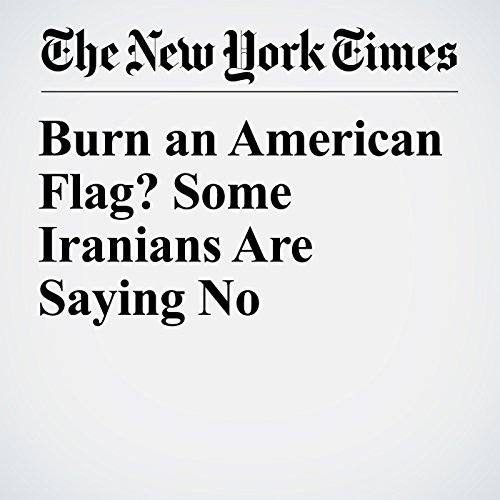 Burn an American Flag? Some Iranians Are Saying No

Iran — Burning American flags and homemade effigies of U.S. presidents is a cherished tradition among Iranian hard-liners, but as the country prepares for the anniversary Friday of the 1979 revolution that established the Islamic republic, others want to thank Americans instead.

"Burn an American Flag? Some Iranians Are Saying No" is from the February 09, 2017 World section of The New York Times. It was written by Thomas Erdbrink and narrated by Fleet Cooper.