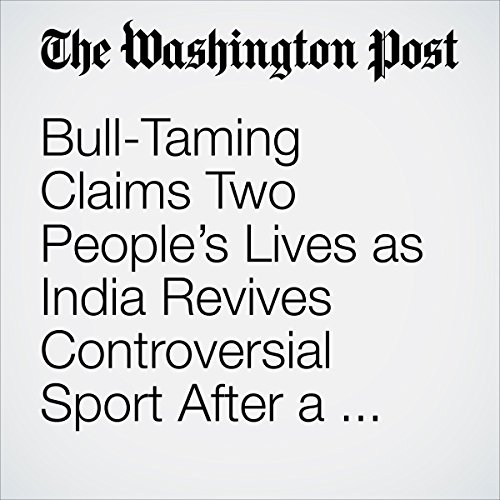 Two people were trampled to death and dozens wounded in southern India during the controversial bull-taming sport that resumed Sunday after tens of thousands of demonstrators mounted unprecedented pressure this week on the government to overturn a ban.

"Bull-Taming Claims Two People’s Lives as India Revives Controversial Sport After a Two-Year Ban" is from the January 22, 2017 World section of The Washington Post. It was written by Rama Lakshmi and narrated by Sam Scholl.