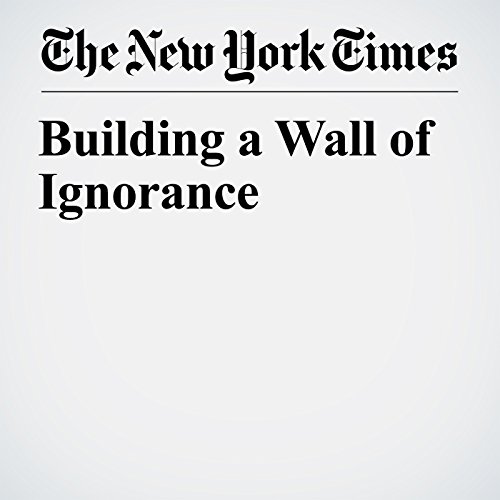 We’re just over a week into the Trump-Putin regime, and it’s already getting hard to keep track of the disasters. Remember the president’s temper tantrum over his embarrassingly small inauguration crowd? It already seems like ancient history.

"Building a Wall of Ignorance" is from the January 29, 2017 Opinion section of The New York Times. It was written by Paul Krugman and narrated by Kristi Burns.