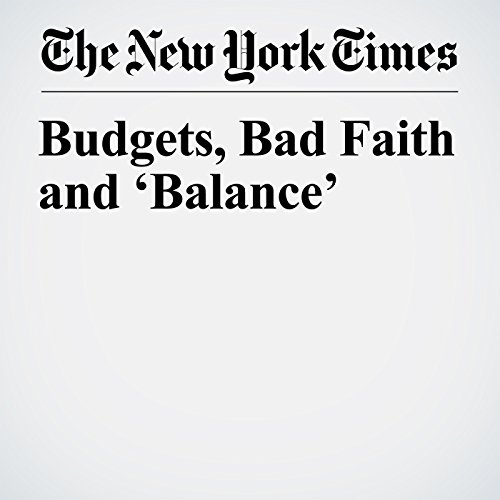 Over the past couple of months Republicans have passed or proposed three big budget initiatives. First, they enacted a springtime-for-plutocrats tax cut that will shower huge benefits on the wealthy while offering a few crumbs for ordinary families — crumbs that will be snatched away after a few years, so that it ends up becoming a middle-class tax hike. Then they signed on to a what-me-worry budget deal that will blow up the budget deficit to levels never before seen except during wars or severe recessions. Finally, the Trump administration released a surpassingly vicious budget proposal that would punish not just the vulnerable but also most working families.

"Budgets, Bad Faith and ‘Balance’" is from the February 15, 2018 Opinion section of The New York Times. It was written by Paul Krugman and narrated by Barbara Benjamin-Creel.