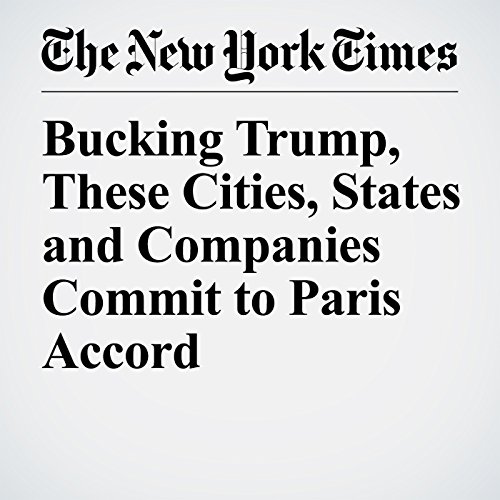 Representatives of American cities, states and companies are preparing to submit a plan to the United Nations pledging to meet the United States’ greenhouse gas emissions targets under the Paris climate accord, despite President Donald Trump’s decision to withdraw from the agreement.

"Bucking Trump, These Cities, States and Companies Commit to Paris Accord" is from the June 01, 2017 U.S. section of The New York Times. It was written by Hiroko Tabuchi and Henry Fountain and narrated by Mike DelGaudio.