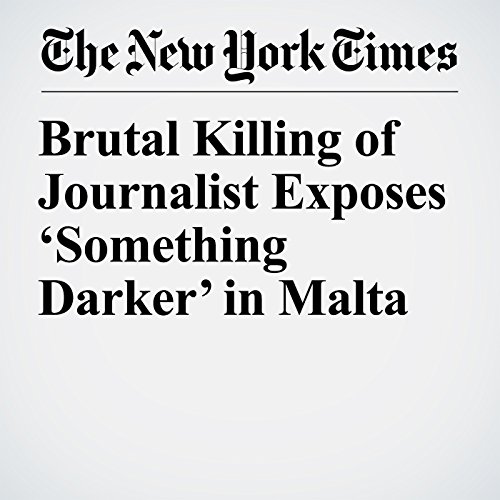 The blast from the bomb planted in the rented Peugeot of Malta’s best-known investigative journalist was so powerful it took police investigators four days to collect body parts and wreckage scattered across sun-baked fields next to the road.

"Brutal Killing of Journalist Exposes ‘Something Darker’ in Malta" is from the October 21, 2017 World section of The New York Times. It was written by Andrew Higgins and narrated by Keith Sellon-Wright.