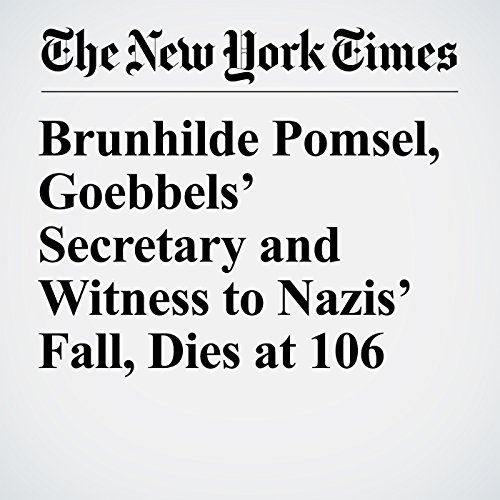 Brunhilde Pomsel, the personal stenographer of Nazi propaganda minister Joseph Goebbels during the last three years of World War II and one of the last surviving members of Adolf Hitler’s retinue in his final days in a Berlin bunker, died Friday at her home in Munich. She was 106.

"Brunhilde Pomsel, Goebbels’ Secretary and Witness to Nazis’ Fall, Dies at 106" is from the January 30, 2017 U.S. section of The New York Times. It was written by Robert D. Mcfadden and narrated by Fleet Cooper.