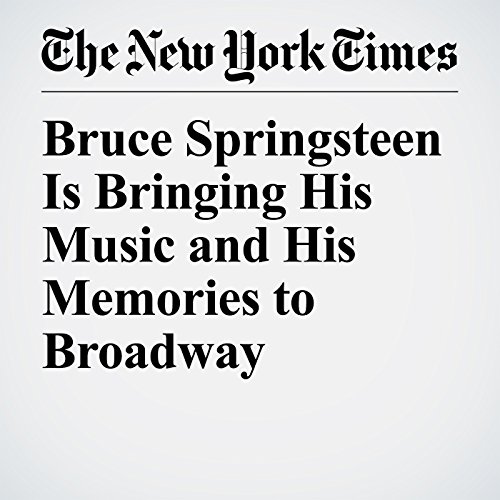 “I chose Broadway for this project because it has the beautiful old theaters which seemed like the right setting for what I have in mind,” Springsteen said in a statement. “In fact, with one or two exceptions, the 960 seats of the Walter Kerr Theater is probably the smallest venue I’ve played in the last 40 years.”

"Bruce Springsteen Is Bringing His Music and His Memories to Broadway" is from the August 09, 2017 Entertainment section of The New York Times. It was written by Ben Sisario and narrated by Keith Sellon-Wright.