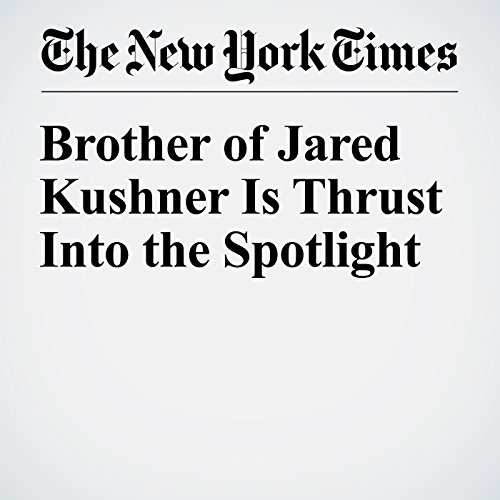 Prepare for a storm of publicity, he told one of the startups that he had helped found. There would be questions about his political affiliations and loyalties, he said.

"Brother of Jared Kushner Is Thrust Into the Spotlight" is from the January 14, 2017 Business section of The New York Times. It was written by Katie Benner and narrated by Barbara Benjamin-Creel.