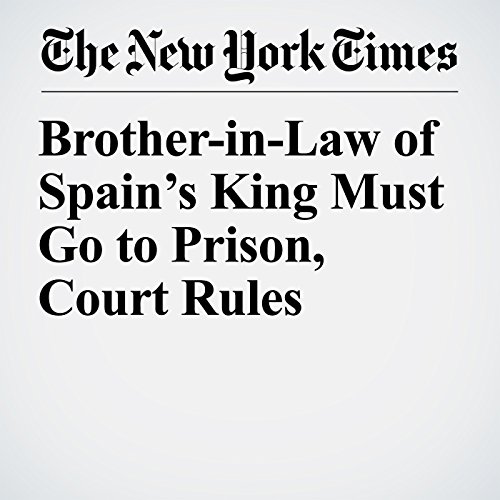 MADRID — Spain’s Supreme Court upheld a prison sentence Tuesday for Iñaki Urdangarin, the brother-in-law of King Felipe VI, in a fraud case that rocked the monarchy and could send a member of the country’s royal family to prison for the first time in modern history.

"Brother-in-Law of Spain’s King Must Go to Prison, Court Rules" is from the June 12, 2018 World section of The New York Times. It was written by Raphael Minder and narrated by Keith Sellon-Wright.