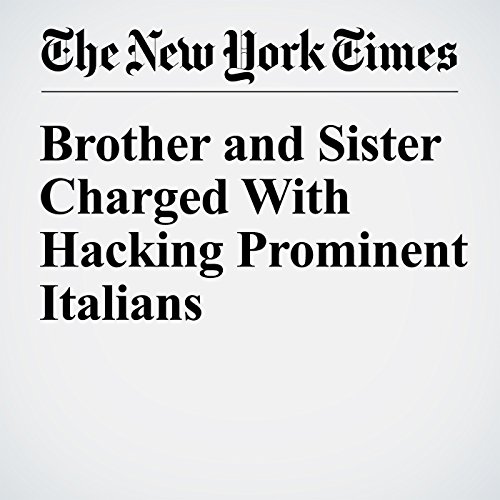 It could have made an entertaining spy movie, if it hadn’t been disturbingly real: The Italian police say a brother and sister for years hacked into the phones and computers of the top tiers of Italian society — from high-ranking government officials to business leaders to Freemasons and even Vatican prelates.

"Brother and Sister Charged With Hacking Prominent Italians" is from the January 11, 2017 World section of The New York Times. It was written by Gaia Pianigiani and Elisabetta Povoledo and narrated by Keith Sellon-Wright.