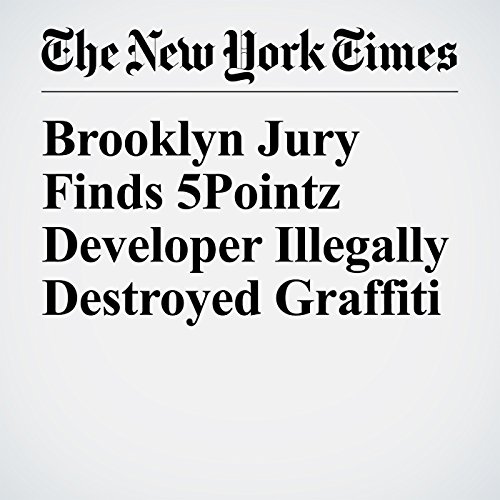 Ending a trial that explored the question of whether graffiti, despite its transient nature, should be recognized as art, a jury on Tuesday found that a New York City real estate developer broke the law when he tore down the so-called 5Pointz complex in Queens three years ago.

"Brooklyn Jury Finds 5Pointz Developer Illegally Destroyed Graffiti" is from the November 08, 2017 U.S. section of The New York Times. It was written by Alan Feuer and narrated by Keith Sellon-Wright.