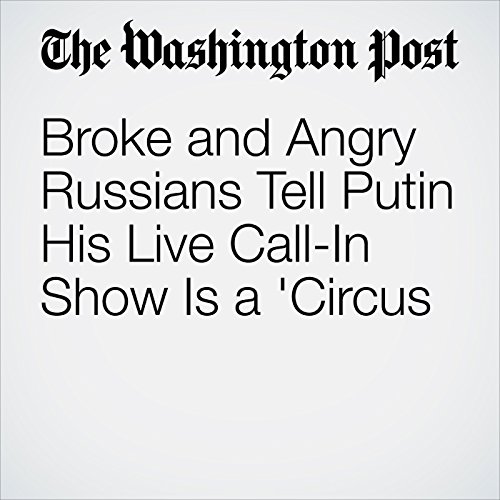 A farmer thanked him for banning Turkish tomatoes. A Siberian teacher asked him how she’s supposed to live on $120 a month. The residents of a Moscow suburb complained about a giant pile of garbage that is visible from space.

"Broke and Angry Russians Tell Putin His Live Call-In Show Is a 'Circus" is from the June 15, 2017 Europe section of The Washington Post. It was written by David Filipov and narrated by Sam Scholl.