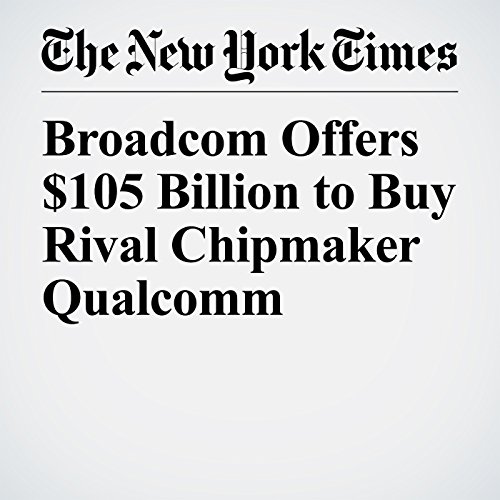 Broadcom unveiled Monday a $105 billion takeover bid for Qualcomm, setting up a potential merger battle between two of the world’s biggest chipmakers. Putting the two together would yield an undisputed giant in the world of smartphone technology — a company whose chips are used in both the latest iPhones and the newest Android models.

"Broadcom Offers $105 Billion to Buy Rival Chipmaker Qualcomm" is from the November 06, 2017 Business section of The New York Times. It was written by Michael J. De La Merced and narrated by Keith Sellon-Wright.