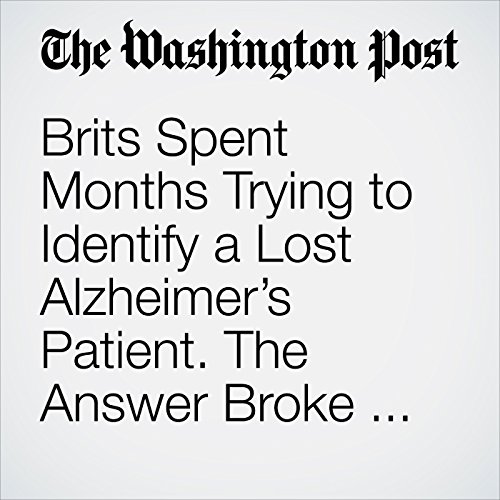 The man outside the bus station appeared well-fed, clean and generally taken care of. But he had no idea how he got there or who his family was.

"Brits Spent Months Trying to Identify a Lost Alzheimer’s Patient. The Answer Broke Their Hearts." is from the February 04, 2017 To Your Health section of The Washington Post. It was written by Cleve R. Wootson Jr. and narrated by Sam Scholl.