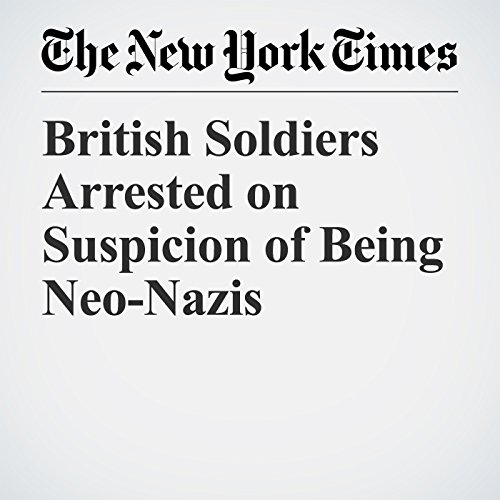 Four serving members of the British army suspected of membership in a neo-Nazi party were arrested Tuesday on suspicion of being involved “in the commission, preparation and instigation of acts of terrorism,” law enforcement officials said.

"British Soldiers Arrested on Suspicion of Being Neo-Nazis" is from the September 05, 2017 World section of The New York Times. It was written by Dan Bilefsky and narrated by Keith Sellon-Wright.