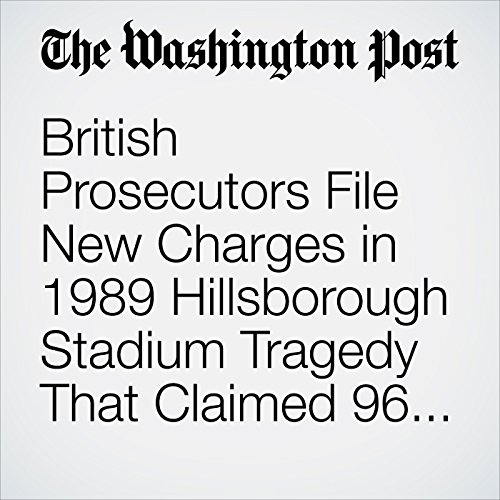 ritish prosecutors announced Wednesday criminal charges against six people — including a former police chief — in a 1989 soccer stadium disaster that claimed 96 lives and left their families in a nearly three-decade struggle over who was to blame.

" British Prosecutors File New Charges in 1989 Hillsborough Stadium Tragedy That Claimed 96 Lives" is from the June 28, 2017 Europe section of The Washington Post. It was written by Karla Adam and narrated by Kristi Burns.