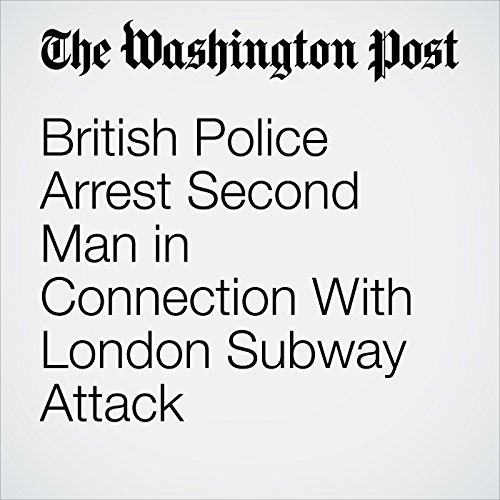 Following a fast-moving investigation and manhunt, British police on Saturday arrested a second man in connection with a detonation on the London subway during the Friday morning rush hour, in which at least 30 people were injured. Police labeled the attack terrorism.

"British Police Arrest Second Man in Connection With London Subway Attack" is from the September 17, 2017 World section of The Washington Post. It was written by William Booth and Rick Noack and narrated by Sam Scholl.