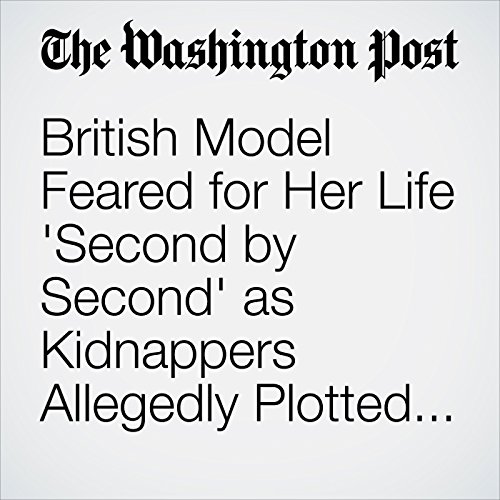 A British model who police say was kidnapped in Italy to be auctioned online through the “deep dark Web” told reporters outside her home Monday that she was lucky to be alive — and praised authorities for saving her.

"British Model Feared for Her Life 'Second by Second' as Kidnappers Allegedly Plotted Online 'Auction'" is from the August 07, 2017 WorldViews section of The Washington Post. It was written by William Booth and narrated by Sam Scholl.