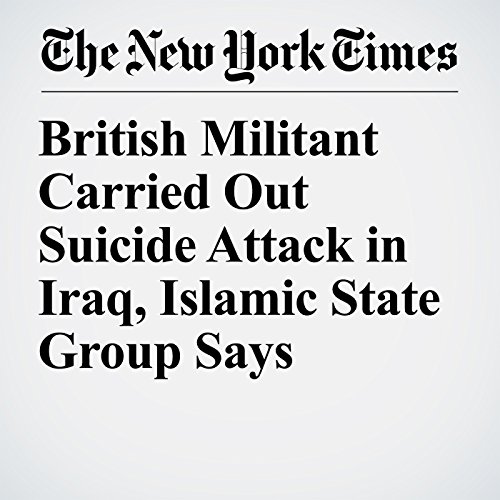 They called him Abu Zakariya al-Britani — the surname means “the Briton” — and they say he blew himself up Monday in an attack at a village southwest of Mosul, Iraq.

"British Militant Carried Out Suicide Attack in Iraq, Islamic State Group Says" is from the February 22, 2017 World section of The New York Times. It was written by Kimiko De Freytas Tamura and narrated by Fleet Cooper.