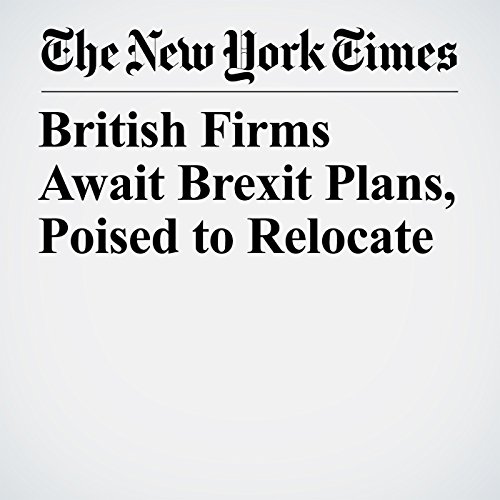 With its state-of-the-art robotics, Magal Engineering’s factory in the colorless outskirts of this busy commercial town west of London is an important component of Britain’s booming car industry, churning out millions of sophisticated vehicle parts every year.

"British Firms Await Brexit Plans, Poised to Relocate" is from the January 15, 2017 World section of The New York Times. It was written by Stephen Castle and narrated by Fleet Cooper.