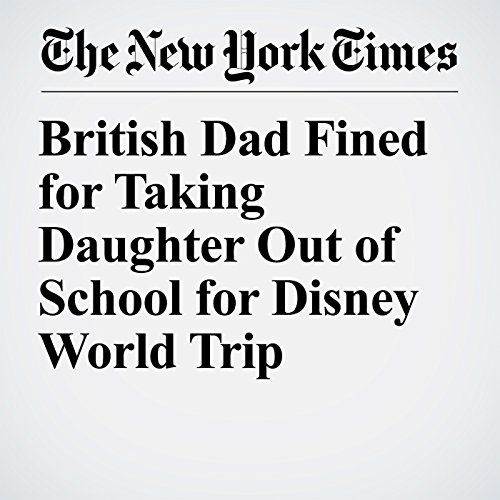 A British man who took his daughter out of school without permission to visit Disney World in Florida broke the law and must pay a penalty, the British Supreme Court ruled on Thursday.

"British Dad Fined for Taking Daughter Out of School for Disney World Trip" is from the April 06, 2017 World section of The New York Times. It was written by Sewell Chan and narrated by Mike DelGaudio.