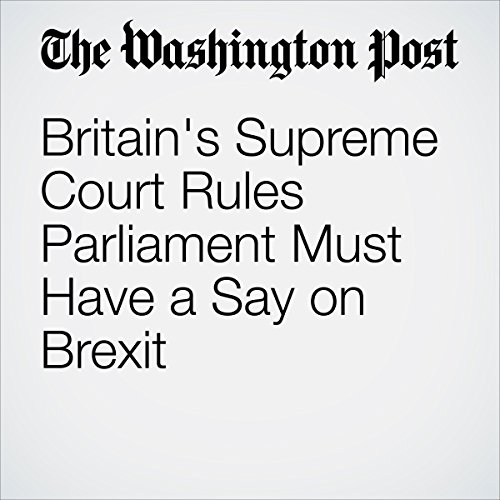 Despite most members of Parliament having opposed Brexit, the political costs of blocking it now are seen as high. At most, lawmakers will likely try to shape May’s negotiating strategy rather than attempt to stop her outright.

"Britain's Supreme Court Rules Parliament Must Have a Say on Brexit" is from the January 24, 2017 World section of The Washington Post. It was written by Griff Witte and narrated by Jenny Hoops.