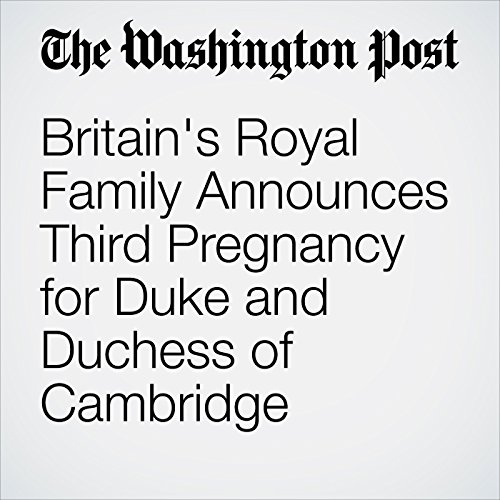 While the world woke with a case of the heebie-jeebies over North Korea and its possible H-bomb, the planet was quickly and pleasantly calmed by the news from Kensington Palace that the Duke and Duchess of Cambridge — Prince William and Catherine — are expecting their third child.

"Britain's Royal Family Announces Third Pregnancy for Duke and Duchess of Cambridge" is from the September 04, 2017 World section of The Washington Post. It was written by William Booth and narrated by Sam Scholl.