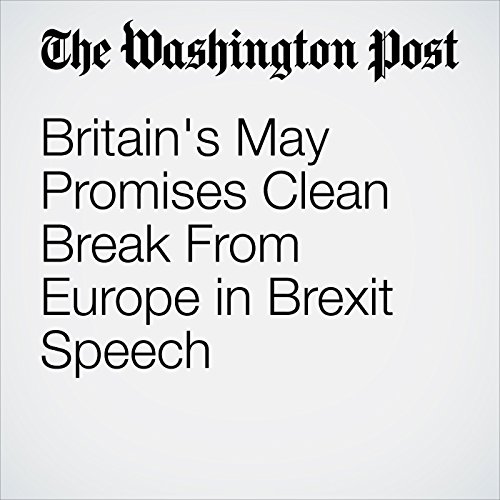 After refusing for months to give “a running commentary” on Britain’s negotiating strategy, May’s speech offered the clearest indication of the country’s departure plans, which were set in motion by last June’s referendum on Britain’s E.U. ties.

"Britain's May Promises Clean Break From Europe in Brexit Speech" is from the January 17, 2016 World section of The Washington Post. It was written by Griff Witte and narrated by Jenny Hoops.