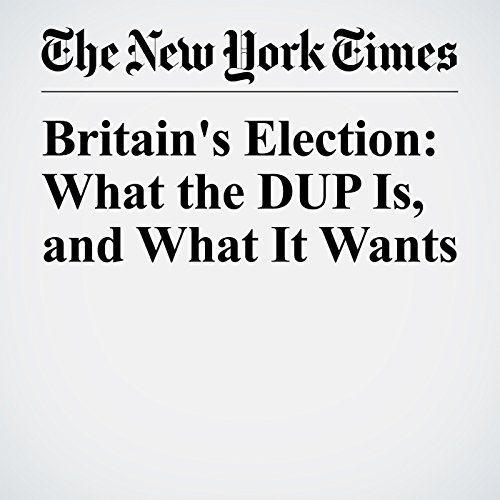 The surprise result of Britain’s snap election that backfired on Prime Minister Theresa May and weakened her Conservative Party may have stunned no one more than the Democratic Unionist Party of Northern Ireland, which now holds the unlikely role of kingmaker.

"Britain's Election: What the Dup Is, and What It Wants" is from the June 10, 2017 International section of The New York Times. It was written by Ed O’loughlin and narrated by Keith Sellon-Wright.

Cosa pensano gli ascoltatori di Britain's Election: What the DUP Is, and What It Wants