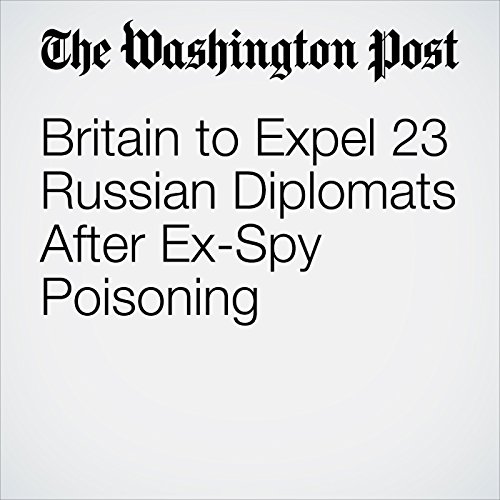 LONDON — British Prime Minister Theresa May on Wednesday ordered the immediate expulsion of 23 Russian diplomats believed to be involved in espionage, in the first reprisals against Moscow for a chemical attack on a former double agent.

"Britain to Expel 23 Russian Diplomats After Ex-Spy Poisoning" is from the March 14, 2018 World section of The Washington Post. It was written by William Booth, Matthew Bodner and narrated by Sam Scholl.