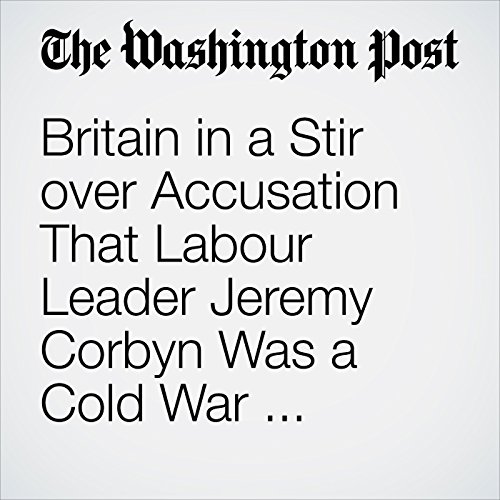 Last week, the Sun newspaper published an expose that asserted that Labour Party leader Jeremy Corbyn was once a “paid asset” who had been “recruited” by Cold War Czechoslovakian spies.

"Britain in a Stir over Accusation That Labour Leader Jeremy Corbyn Was a Cold War ‘Asset’ for Czech Spies" is from the February 20, 2018 World section of The Washington Post. It was written by William Booth and narrated by Sam Scholl.