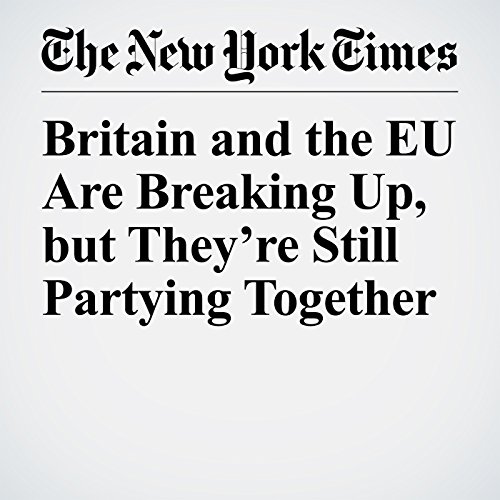 Few couples would celebrate their wedding anniversary after one of them had filed for divorce, but that is just what the British Embassy here did Saturday by holding a party to celebrate European Union Day.

"Britain and the EU Are Breaking Up, but They’re Still Partying Together" is from the May 13, 2017 World section of The New York Times. It was written by Gardiner Harris and narrated by Keith Sellon-Wright.

Cosa pensano gli ascoltatori di Britain and the EU Are Breaking Up, but They’re Still Partying Together