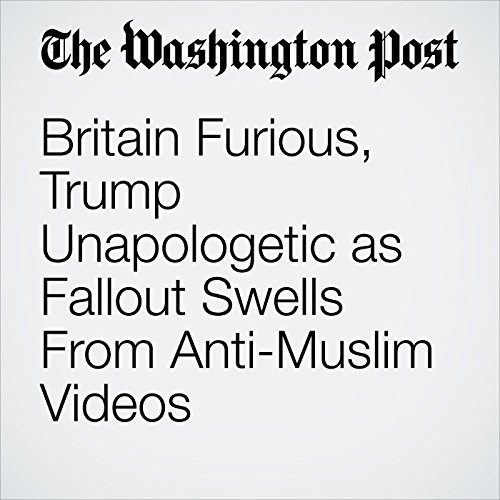 The British backlash to President Trump picked up steam Thursday with parliament members openly deriding him and Britain’s prime minister standing by her denunciations of Trump’s retweets of a fringe anti-Muslim group.

"Britain Furious, Trump Unapologetic as Fallout Swells From Anti-Muslim Videos" is from the November 30, 2017 World section of The Washington Post. It was written by Karla Adam and William Booth and narrated by Sam Scholl.