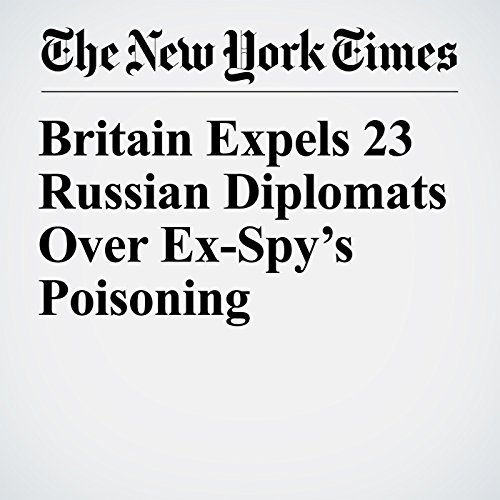 LONDON — Prime Minister Theresa May of Britain expelled 23 Russian diplomats Wednesday over the poisoning of a former Russian spy on British soil, raising tensions between the two countries to a level not seen since the heights of the Cold War. She vowed to crack down on Russian spies, corrupt elites and ill-gotten wealth in Britain.

"Britain Expels 23 Russian Diplomats Over Ex-Spy’s Poisoning" is from the March 14, 2018 World section of The New York Times. It was written by Richard Pérez Peña and narrated by Kristi Burns.