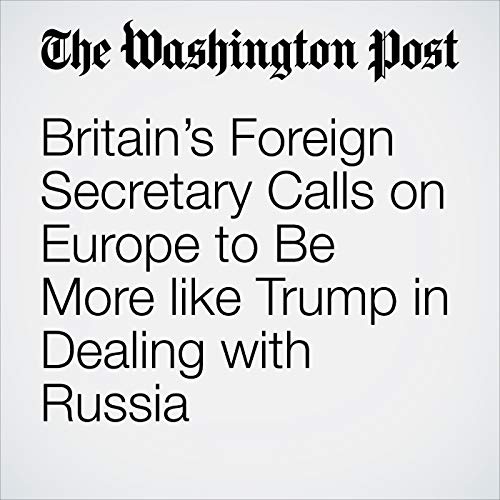 Britain’s top diplomat praised President Trump for increasingly strong sanctions against Russia and called on Europeans to match his efforts, whether in response to a nerve agent attack in England last spring, election interference or the annexation of Crimea.

"Britain’s Foreign Secretary Calls on Europe to Be More like Trump in Dealing with Russia" is from the August 21, 2018 National section of The Washington Post. It was written by Karen DeYoung and narrated by Sam Scholl.