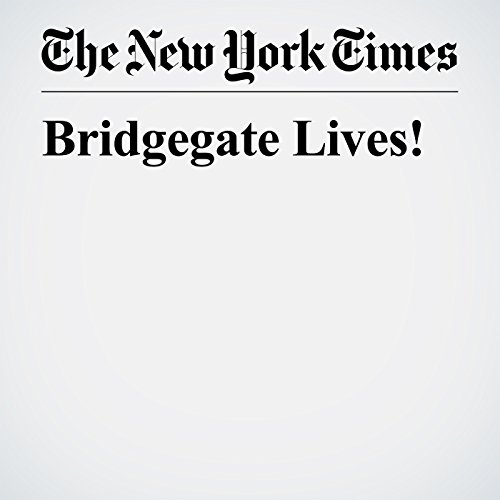 When President Donald Trump nominated Christopher Wray on Wednesday to lead the FBI, it appeared that Gov. Chris Christie of New Jersey had finally made an imprint on an administration he was supposed to have helped shape all along.

"Bridgegate Lives!" is from the June 10, 2017 Domestic section of The New York Times. It was written by Matt Katz and Andrea Bernstein and narrated by Keith Sellon-Wright.