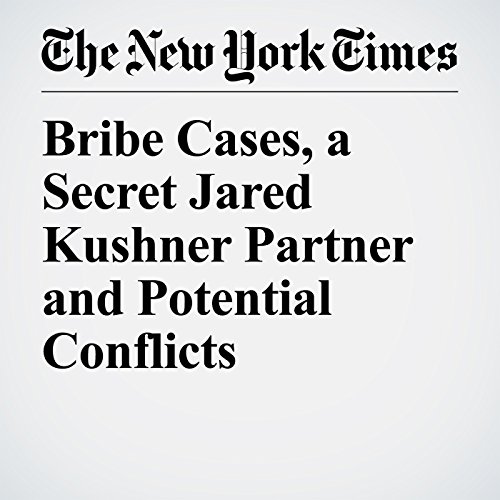 In the United States, federal prosecutors are investigating whether representatives of his firm bribed government officials in Guinea to secure a multibillion dollar mining concession. In Israel, Steinmetz was detained in December and questioned in a bribery and money laundering investigation. In Switzerland and Guinea, prosecutors have conducted similar inquiries.

"Bribe Cases, a Secret Jared Kushner Partner and Potential Conflicts" is from the April 26, 2017 World section of The New York Times. It was written by Jesse Drucker and narrated by Keith Sellon-Wright.