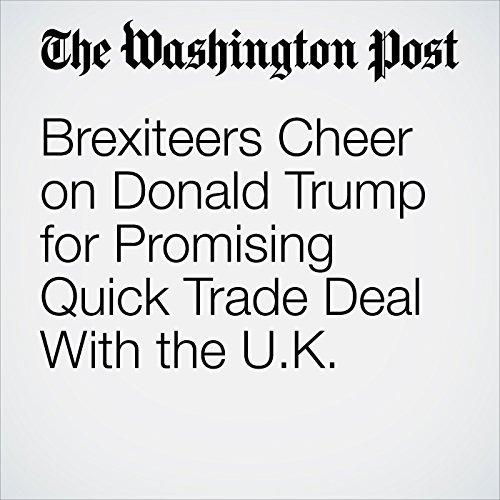 President-elect Donald Trump has given Brexiteers hope that there will be a bilateral trade deal in the offing as British Prime Minister Theresa May prepares to give a speech expected to signal that Britain is ready to make a clean break with the European Union.

"Brexiteers Cheer on Donald Trump for Promising Quick Trade Deal With the U.K." is from the January 16, 2017 World section of The Washington Post. It was written by Karla Adam and narrated by Sam Scholl.