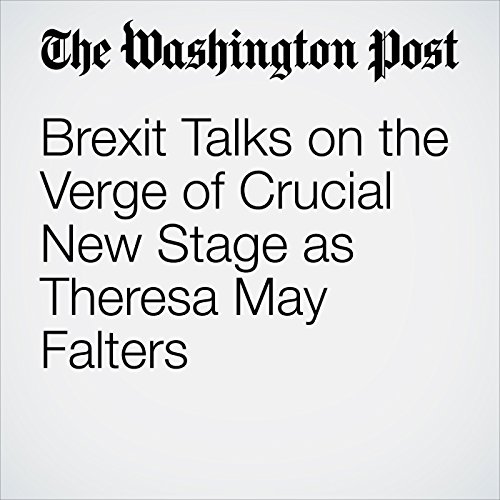 European leaders were ready Thursday to give a green light to a crucial new stage of Britain’s negotiations to leave the European Union, as fresh divisions in London highlighted the challenge Prime Minister Theresa May faces selling any deal to her country.

"Brexit Talks on the Verge of Crucial New Stage as Theresa May Falters" is from the December 14, 2017 World section of The Washington Post. It was written by Michael Birnbaum and William Booth and narrated by Jenny Hoops.