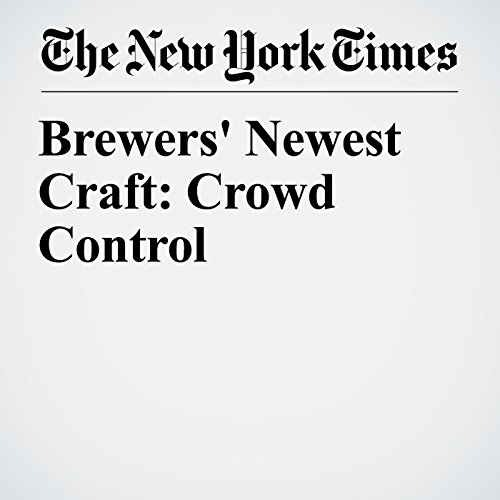 The frigid daybreak had revealed a high-spirited line hundreds of beer lovers deep, snaking around several blocks. Among those waiting, many of them drinking cans from coolers, were Michael Roulhac and his wife, Kim Roulhac, who had left Richmond, Virginia, at 1 a.m. and driven straight to Brooklyn.

"Brewers' Newest Craft: Crowd Control" is from the February 07, 2017 Lifestyle section of The New York Times. It was written by Joshua M. Bernstein and narrated by Kristi Burns.