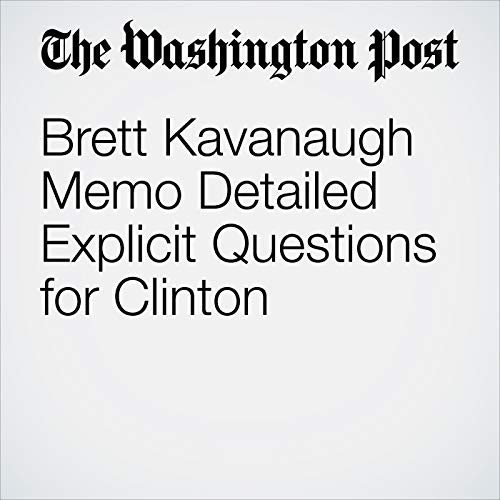 Brett Kavanaugh wrote in a strikingly explicit 1998 memo that he was “strongly opposed” to giving then-President Bill Clinton any “break” in the independent counsel’s questioning about his sexual relationship with intern Monica Lewinsky, according to a document released Monday.

"Brett Kavanaugh Memo Detailed Explicit Questions for Clinton" is from the August 20, 2018 Politics section of The Washington Post. It was written by Michael Kranish and narrated by Sam Scholl.