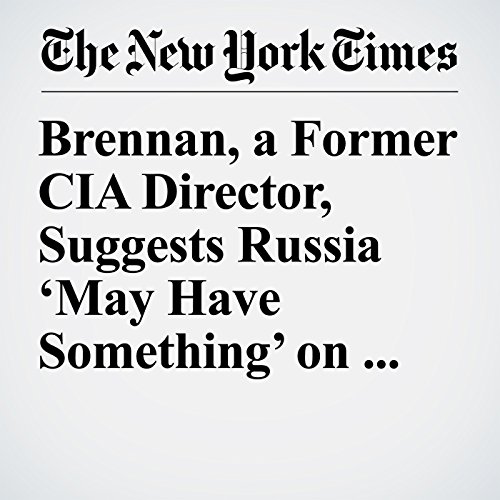 Brennan, a Former CIA Director, Suggests Russia ‘May Have Something’ on Trump

President Donald Trump indirectly criticized Robert Mueller, the special counsel, on Wednesday for the ongoing investigation into Russia’s 2016 campaign meddling, even as a former CIA director said during a morning news show that President Vladimir Putin of Russia may have compromising information on Trump.

"Brennan, a Former CIA Director, Suggests Russia ‘May Have Something’ on Trump" is from the March 21, 2018 U.S. section of The New York Times. It was written by Eileen Sullivan and narrated by Kristi Burns.