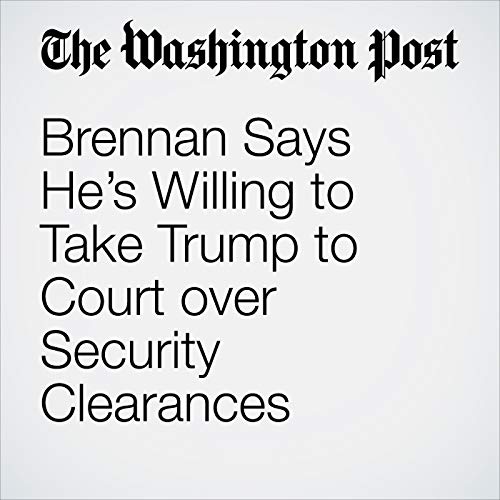 Former CIA director John O. Brennan said Sunday that he is willing to take President Trump to court to prevent other current and former officials from having their security clearances revoked, escalating a battle over whether the president is misusing the power of his office to retaliate against opponents.

"Brennan Says He’s Willing to Take Trump to Court over Security Clearances" is from the August 19, 2018 Politics section of The Washington Post. It was written by Felicia Sonmez, Carol Morello and narrated by Sam Scholl.