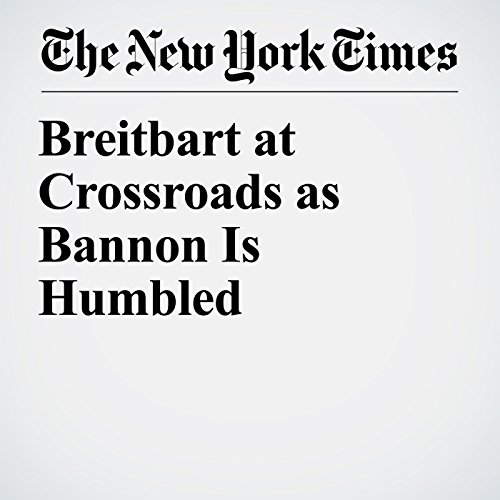 In the weeks after Stephen K. Bannon’s ouster from the Trump White House last August, his flagship organization Breitbart News verged, at times, on a Bannon vanity project.

"Breitbart at Crossroads as Bannon Is Humbled" is from the January 07, 2018 U.S. section of The New York Times. It was written by Michael M. Grynbaum and narrated by Keith Sellon-Wright.