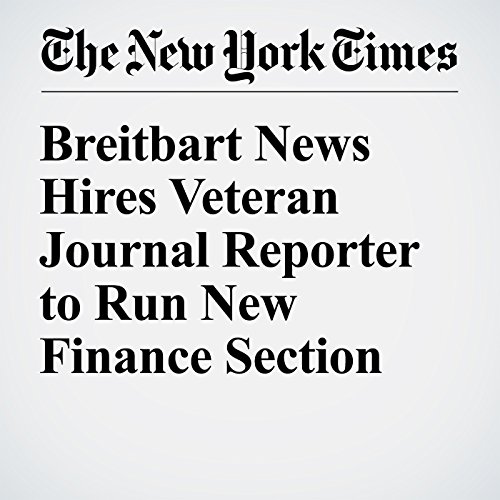 In its latest push to extend its appeal and compete more directly with a mainstream media that had largely dismissed it, Breitbart has hired John Carney, an experienced business reporter from The Wall Street Journal, to run a finance and economics section that will focus on news, commentary and analysis

"Breitbart News Hires Veteran Journal Reporter to Run New Finance Section" is from the January 10, 2017 Business section of The New York Times. It was written by Sydney Ember and narrated by Kristi Burns.