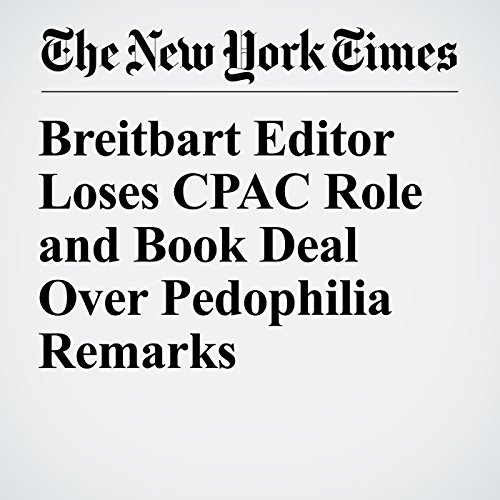 Milo Yiannopoulos, a polemical Breitbart editor and unapologetic defender of the alt-right, tested the limits of how far his provocations could go after the publication of a video in which he condones sexual relations with boys as young as 13 and laughs off the seriousness of pedophilia by Roman Catholic priests.

"Breitbart Editor Loses CPAC Role and Book Deal Over Pedophilia Remarks" is from the February 20, 2017 U.S. section of The New York Times. It was written by Jeremy W. Peters, Alexandra Alter and Michael M. Grynbaum and narrated by Keith Sellon-Wright.